I had been talking to Will about projects he would find fun to do in the workshop. He said that he thought building a bat house would be fun. Today he had is friend, Morgan, over and the two of them built bat houses (one for her house, and one for here).

The project was quick and made from 3/4 plywood (and MDO) scraps I had lying around. The real pain will be hanging it way above the chicken coop after it has been painted. We had initially planned on going sailing today, but the weather didn’t support it.

Will came over on Saturday morning to spend the weekend sailing and camping in Long Island Sound. We decided that there was room for Targa to join us, so it was the two of us plus one dog for a trip across the sound. Susanna got to enjoy peace and quiet. Well as much peace and quiet as one can have with Tucker and a bunch of chickens and ducks.

We headed out around noon to catch the ebb tide out of the Niantic river. We had debated going across the sound to Gardiners Bay, but decided that was too long of a trip and too much heading into the wind. We opted to catch a left and head east to Fishers Island sound and find refuge in East Harbor (Fishers Island, NY) for the night.

The wind didn’t pick up until late afternoon, so after heading downriver we motor-sailed east. Will took the helm and I went below to make lunch. Then crunch. We grounded off of Two Trees Island. Nice thing about a shallow draft boat is that isn’t too big of a deal. Except that I got wet. I jumped off and after a few moments, pushed the boat off the gravel. Then the boat drifted towards deep water before I could jump back on. So there I was hanging off the bow of the boat, not quite able to get myself lifted into the boat. Luckily, Will was good in an emergency. He killed the outboard and got the ladder out for me to ungracefully clamber back onboard.

Of course, Will noted that Two Trees Island is a dumb name. There are no trees at all on the island.

The rest of the day went better. The wind picked up and we were able to sail most of the way to East Harbor. It even got to the point as we passed Chocomount Cove that we decided to take the jib down before the wind picked up too much.

We took Targa ashore (the joy of cruising with a dog), and ate a camping dinner of freeze-dried meals. After dinner we took Targa ashore again, and Will decided to spend time swimming at the beach. We got to enjoy an evening of fireworks. First from the submarine base, then from what looked like was Stonington. A cool breeze kept the boat comfortable that night.

The next morning I woke to a foggy stillness. There was no wind, not even a slight breeze. And the fog thickened as the morning stretched on. We ate a breakfast of oatmeal and coffee. I’m sure Will found some cookies and chips to supplement his meal.

We started up the motor and meandered along the Fishers Island coast in the morning fog. We kept close to shore, and luckily the fog started lifting before we entered Long Island Sound, and was completely gone before we had to pass the Thames River mouth.

We made it back to the mooring by noon, with only a short hiccup. The outboard stopped and wouldn’t restart immediately just off of Millstone nuclear power plant. We took the opportunity to drop the anchor and eat lunch. After a few more tries, I got the motor running and we were on our way. We enjoyed the end of the trip with a short swim in the Niantic River at our mooring before heading home. 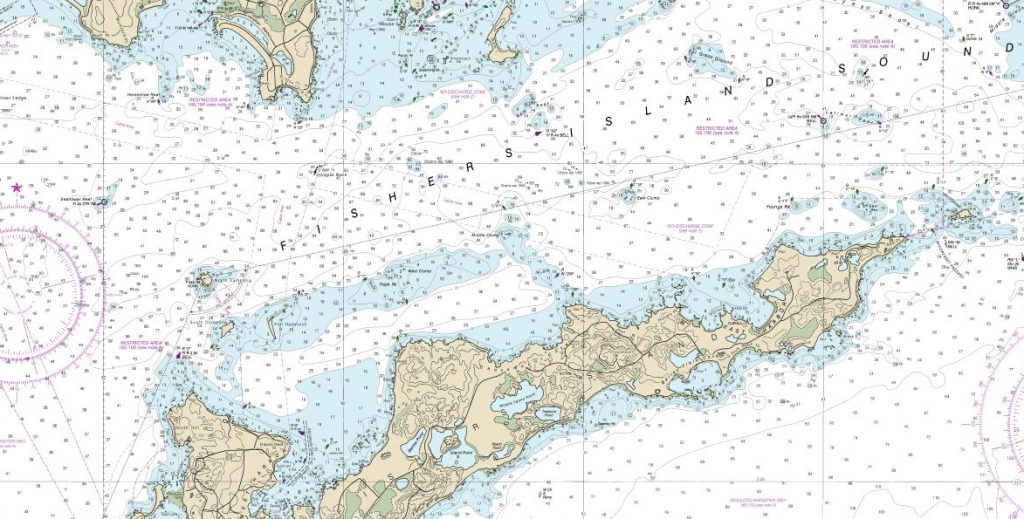 I’ve been a little slow to finish posting the pictures from St. Louis. We have had a busy 10 days since we got back from our vacation. Now I need another vacation.

Susanna, the boys, and I are taking a little over a week to drive to St. Louis and visit family. We spent a couple of days in the Ozarks camping in a huge cabin (so not really camping). We spent two days floating on the rivers down there, and even toured a cave (Cathedral Cave). Today we went to the City Museum for the morning, and tonight we will watch fireworks in Webster Groves.  Here are some pictures from the trip so far: