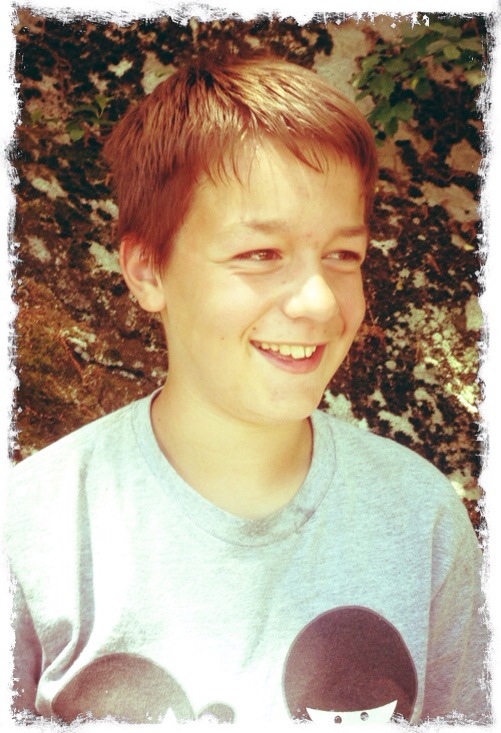 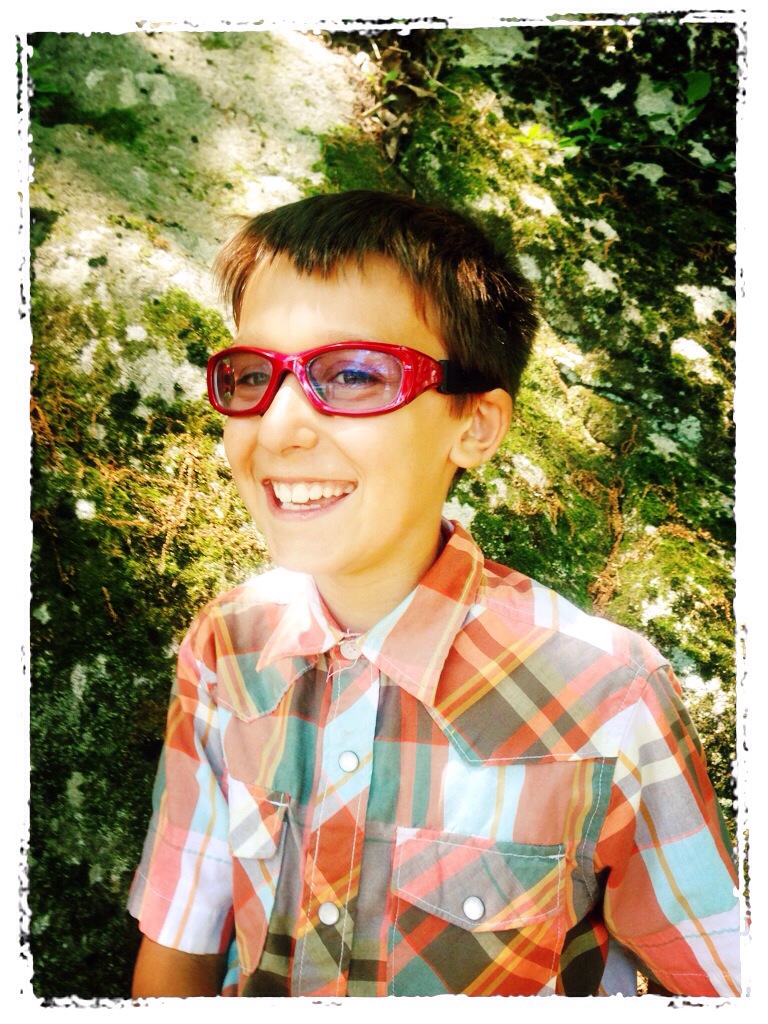 Susanna and I took the “new” inflatable dinghy down to the river and spent a few minutes enjoying the evening on the sailboat.  We took Targa with us. He hates the water. So does Tucker. But Targa doesn’t get carsick, so he gets to the be the first to visit the boat.

Yesterday, the boys and I picked up a used 10′ Achilles inflatable dinghy. It is an older model, and wasn’t in the best shape. But it was only $80 so it was difficult to pass up. The boat building project is going slowly, so I decided it would be worth picking up a functioning dinghy until I finish with the one I’m building. Or maybe I just like collecting things – I’m taking a break from collecting lumber, so maybe I’m starting with boats. Okay, not really, but I’m guessing that someone in this house wonders about that…

The dinghy had been kept in the water without any anti-fouling paint, and had barnacles on the bottom. Two of the air tubes also have slow leaks in them. It should be a quick project to paint the bottom and fix the slow leaks. Since the boys and I picked up bottom paint at the boat store yesterday and didn’t get the stuff to fix the leaks, today I’m painting the bottom.  The air leaks will have to wait until later this week.

Susanna and I moved the boat into the shade to make it more pleasant to paint, and to make sure that the bottom paint didn’t dry too quickly. I finished the first coat, and will let it sit for 4 hours and then apply a second coat this afternoon. I may apply a third coat, because I think there will be enough for a third coat in the can, and I may as well use it up (though maybe I can store it in the basement and get try to get another coat out of the quart next season).

Now back to the workshop.

Babysitting Leslie this weekend. Ben is happy to have a dog that will sleep in his bed. Targa sleeps in Will’s room; Tucker is too annoying; Leslie is just right. Except for waking up at 5:45.

The sailboat was a good addition for last summer, even if we only had it in the water for two months. I won’t mention how many (10+) years it sat in the yard or garage over the summer, unused, prior to last summer. But it is done now. Or rather, done enough to keep in the water.

We are keeping the boat in the water the whole summer. We have a mooring on the Niantic River, a venue change from the muddy Thames River last summer (and the inconvenience of staying on the navy base).

Today we went out to enjoy the sun. We tied the boys’ kayaks behind the boat and motored a bit and anchored. When we were bored with that spot, we lifted anchor and moved downriver a little more. The boys explored the coast while Susanna and I enjoyed the perfect weather.

We aren’t able to put the sails up again until Susanna and I un-step the mast and I reattach the spreader that fell on the trip over from the Thames River. Hopefully I can talk her into helping with the mast next weekend. But maybe we will just enjoy the river again next weekend.

We also picked up a 10′ Achilles inflatable boat off of Craigslist. It was a steal at $80, and will make life with the mooring much easier. I’m still working on a wooden dinghy, but the going is slow on that project, and I’d rather take my time with the boat and make it look nice. Tomorrow is project day (including cleaning up the dinghy and applying bottom paint).

I had a great Father’s Day. I had been planning on putting the sailboat in the water today, but it was a long sail from the launch in the Thames River to the mooring up the Niantic River. I didn’t expect the boys to want to go, so I had originally planned to either do the trip by myself or have a friend along. But last weekend, Will and Ben decided they wanted to go for the trip. I warned them that it would be a 4 hour trip. And they still wanted to go.

This morning, Mark Matkovich helped me launch the boat and step the mast. The boys and I headed into Long Island Sound. The wind was blowing so we set up the mainsail and wandered west past New London, Ocean Beach, and then past Millstone nuclear power plant into Niantic Bay.

In the bay the wind dropped a bit and our speed slowed to under 3 knots. We decided to put up the jib and as the breeze picked up we made over 5 knots with the rail almost in the water.  The boys (and I) were a little nervous with the stronger gusts, but after a while we got more used to the sailing (yes, on an old O’Day 22, the headsail makes all the difference – I think in later years they modified the design to carry a bigger mainsail and smaller headsail).

In the bay, one of the spreaders came loose and fell down. We quickly dropped both sails and started the motor.

The Niantic Bridge (Amtrak Bascule Bridge) was already up (lots of traffic on the river on the weekend) and we can squeeze under the Rt. 156 bridge without needing it to raise.

We motored up the river to the mooring where Susanna was waiting for us. It only took three tries for Ben, Will and I to catch the mooring pendant after unloading at the dock. The entire sail took 5 hours and the planned route was 12 miles, so I’m guessing we sailed 13-14 miles (with tacking).

Susanna and I will have to step the mast one of these days to repair the spreader before we go sailing again. However, we should be all set to motor around the river to let the boys go swimming.   Now I just have to finish the dinghy to make use of the mooring easier.

Every year, the Preston Veterans Memorial School 4th grade class puts on a play (musical). This year it was Ben’s turn to be in the play.  I recorded the song he sang – please excuse the poor audio quality, it was recorded on an iPhone.

We had a busy morning. The town of Preston was offering a bus tour of the former Norwich State Hospital, Will and Ben wanted friends over, and I want to get the boat ready to get in the water next weekend.

We picked up Will’s friend, Tyler, on the way to the hospital tour, and the boys were surprisingly well-behaved for the 40 minute bus tour, even though they probably got a little bored by the end. However, they all took lots of pictures and will probably post some on their blogs later today (I think Ben took well over 100 pictures during the tour).

After we came home, I moved the boat and mowed the grass under it. Then the boys helped me paint the bottom of the boat (second coat) – so all I have to do is jack up the boat to paint where the rollers touch, get the outboard running, and finish varnishing the tiller handle – not too much to do in a week.

The boys are out running through the sprinkler enjoying the sunny warm day while I try to get green paint spots out of my hair, write in my blog and make lunch.. It is nice to have a kind of odds-and-ends sort of day.